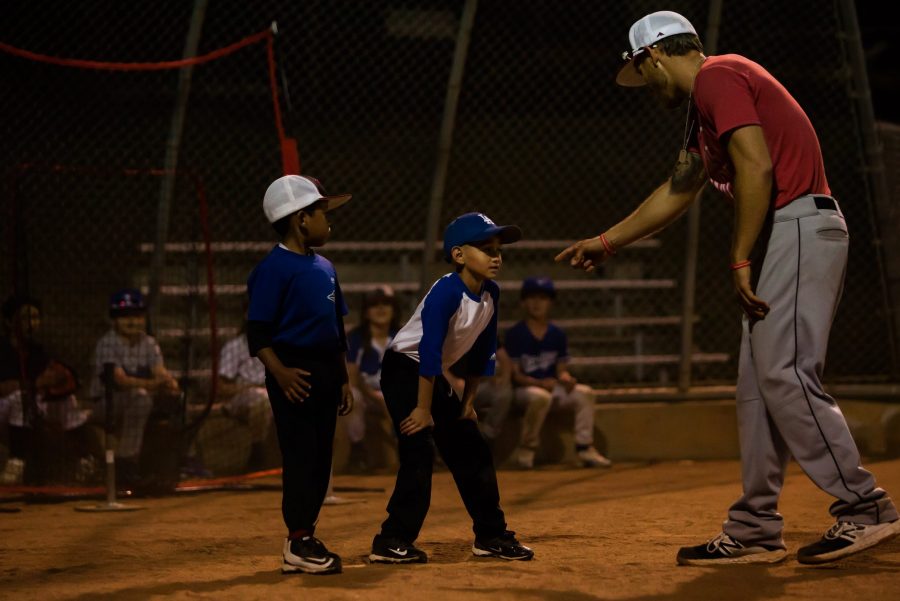 Allow them to fail. Why it’s bad practice to constantly repeat yourself when teaching.

We all know what’s best for our kids, right? We protect them, guide them, feed them, love them and help them to grow into hopefully better versions of what we have known ourselves to become as people. We work hard to give them everything we never had and everything we possibly can to give them a great life and to be amazing people. We want so bad for them to succeed and do great things, so watching them fail is one of the most challenging things we can ever do. We know the answers, but why won’t they just listen and do what we say? It’s because in order to be a champion in this life, we often have to figure it out(or at least feel like we figured it out) on our own.

When we are on the baseball field, we fail all the time as players, coaches, umpires, and parents. “Failure” is embedded into the game of baseball, and it is such a big reason that baseball is so analogous to life. We make so many mistakes in the game, but the only thing that ever matters is how we respond to those mistakes. When we fall down, the only thing that anyone is ever noticing is how fast we get back up. As parents and coaches, we need to remember that this thing we call failure is a great thing. It is our test to see how quickly we can bounce back and figure it out the next time.

ALLOW THE CHAMPION TO COME OUT

If we are constantly telling our players how to do everything during every swing and every repetition, we are not being good coaches and instead we are probably just being flat out annoying. In our minds we think we are doing the best we can to guide them to what is right, but sometimes we need to just point in the direction that we know they should go and then sit back and watch them stumble along the way. If they do not stumble and fall sometimes, then they will never know how to eventually walk tall and confident knowing that they can do things on their own. Once a player, or a kid, or an employee at a job, or anyone in any facet of life, feels as though they have figured out what to do on their own rather than having been shown exactly every detail, that is when you know they are starting to find the champion inside of themselves and something special is starting to be created.

LET THEM MAKE THE ADJUSTMENT

So, if you don’t hear your MADE Baseball Instructor in Los Angeles fixing every swing or every throw that their player is making, just know that it is because they are allowing the player to work through the drill by failing at it. We all want what is best for the player and we want to help them get there faster than those that are out for their position, but sometimes we see quantum leaps in a player when we back off for a while and just trust the process and have some fun. If we tell them to put their hands higher before they start their swing, and then we physically show them by moving them where they need to go, and then we repeat ourselves one more time or maybe even two more times, and THEY STILL AREN’T MAKING THE ADJUSTMENT,  then its time to shut up and step back. They are smart enough to know what we told them and what we want them to do, but they likely will do it when they are ready. This can be challenging as baseball coaches in Los Angeles, but its part of the process and we must be patient.

Share this post with a parent you know that has a tough time watching his or her child fail, and hopefully it can open their eyes to realizing that if we are never failing, then we are never improving. After all, a caterpillar can’t become a butterfly without the struggle of the process.

Welcome to MADE Baseball! I'm Coach Isaac and I was a professional left handed starting pitcher for seven seasons. I was fortunate to play in five countries, on 11 teams, and win four championships. This was all after receiving a total hip replacement at the age of 19. It was an amazing journey, and then I created MADE Baseball. I love coaching youth and teaching them what it means to Get MADE.