What is Hustle Ball?

Hustle Ball baseball class is a fun and fast paced way for beginner to intermediate players learn to play the game right.

Read below for full rules and details of the class.

*Times vary based on season

All about Hustle Ball

What is Hustle Ball?

Hustle Ball is a fast-paced, professionally coached alternative to little league baseball. In hustle ball classes we play live baseball games with modified rules to help youth players develop positive habits and teach them to play the game right. It is an extremely fun and effective way to develop baseball iq and learn personal accountability.

In Hustle Ball, you can get called out for committing various mental mistakes, acts of negligence, and/or lack of hustle. Get your mind right!

Who is Hustle Ball for?

Hustle Ball is for players who have at least 1-2 seasons of baseball experience and are looking to improve their game in a fun, yet competitive way through live game situations and coaching.

Who is Hustle Ball not for?

Total beginners. We do not recommend hustle ball for players who are just beginning baseball. If your player is a complete beginner, they must take a minimum of five private baseball lessons with our coaching staff to give them a solid foundation and better understanding of the game. From there, your MADE Baseball Coach will evaluate the player to see if they are ready for our fast paced Hustle Ball classes.

Why was Hustle Ball created?

Hustle Ball was created to teach youth players how to pay attention to detail and how to create great habits, both as individuals and as teammates, and ultimately, how to play baseball the MADE way.

How does Hustle Ball benefit players?

Hustle Ball provides youth baseball players the opportunity to experience the amazing fun and joy of playing live baseball games while increasing their baseball iq and creating a deeper understanding of in-game situations. It also exposes players weaknesses and motivates them to take ownership of the things they need to work on so they can be better at their next hustle ball class. Either by taking private lessons or by practicing on their own. We recommend a combination of both while always being mindful to work the lessons and classes in as something that is earned.

Through Hustle Ball, your player will learn the fundamental concepts of:

…This all ultimately relates to our concept of teaching our players how to “control the controllables” when they are on the field and is truly what it means to #GetMADE.

Will my player work on skills and drills during Hustle Ball?

Other than our warm ups and calisthenics, not really.

Hustle Ball focuses on providing kids with what they truly want at this developmental age (7-12 years old)…and that is to play baseball.

While skills and drills are 100% necessary to practice in order to develop fundamentals and improve, they are not more important than prioritizing fun and understanding the fundamental rules of the game and how to play it correctly.

First, we pick teams. Each team has anywhere from 6-9 players, depending on the amount of players we have on a given day.

Sometimes the coaches will pick the teams and sometimes they will assign captains to pick teams, depending on how things are going and what they feel is best for the players on the given day.

Coaches assign dugouts for each team.

Coaches pitch to the hitters. At the youth age where pitching is still at the beginning stages and developing, this allows the game to move at a quicker pace and for players to receive more instruction from the MADE Baseball coaches on their positioning and technique during live game situations.

Coaches throw strikes and work quickly. Players get more at bats, more defensive plays, and do less standing around. Coaches stop the game when necessary in order to explain specific positioning and mechanics when applicable. We call these “teachable moments.”

Generally, we do not opt to have a catcher because it slows the game down a lot. Depending on the day and who is at the game, we may or may not have a catcher. If there is no catcher, we use a bow net as a catcher, and stealing is not allowed. If we do use a catcher, stealing is allowed and encouraged.

The coach will make plays on defense from time to time, but generally will try to stay out of the action.

Players can get called out for all of the following mental mistakes, acts of negligence, and/or lack of hustle:

There are no lead-offs at any time unless otherwise decided by the coach on a given day.

If it is the last half inning of the game and the defense has an infraction, the offense receives an additional out while hitting.

Most days we do not allow walks. If you are walked, the at-bat starts back at a count of 1-1. If we do decide to allow walks on a given day, it will be for the whole game and for both teams.

All Hustle Ball calls are made by the coaches, unless an umpire has been hired and/or assigned. Warnings for infractions are generally given to newer players as they are learning the rules.

We play as many innings as time allows. Game drops dead exactly 10 minutes before the end of the scheduled time of practice, regardless of score or who is hitting.

During this 10 minutes we address the players on the positives points of the game and the things that we need to improve on for the next game, along with homework to work on for the week.

We also give a Player Of The Game award for each team after each game.

Who will win the Player Of The Game/MVP?

We are looking for the Player Of The Game from the first moment of the warm-up all the way until the very last moment before awarding it. The player of the game will generally be the one who did the best at leading himself and his teammates by doing the following:

Cancelations 24 hours or more in advance will not be charged. Cancelations within 24 hours of the scheduled lesson, or failure to show up, will be charged at full price. Thank you for understanding. 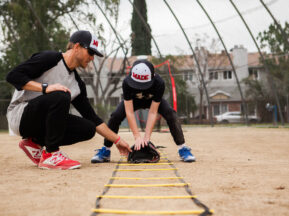 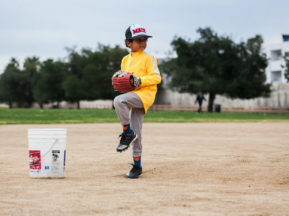