What age should I start my son with private baseball lessons?

This is a great question and one that I get all the time from loving and caring dads that want to help their sons have the best possible opportunity to succeed in the game of baseball. A game that they have probably experienced together now for the past year or two and dad is starting to see his boy light up when he catches the ball or has the feeling of roping a hit over his dad’s head. Now that little champion Johnny is five years old and going into tee-ball, is it time for him to start getting private baseball lessons? Dad doesn’t want to be the guy who pushes his kid too hard, but he sees that his son is loving the game so dad naturally wants to do what he can to help little champion Johnny excel in the game we all know and love.

So, is five year old Johnny too young to start getting pitching lessons in Santa Monica? Well, that completely depends on many factors. In having the opportunity to work with so many different players, 132 individual different players over the past two years to be exact, I have experienced many different personalities, wills to improve, desires to be coachable, and physical statures to make a good assessment of this questions. I have taken on clients as young as five years old and had better experiences with them relative to being coachable than I have with some of my 10 year old players. Some of my five year olds can’t wait til their hitting lessons in Santa Monica, while some of my 10 year olds have shown me that they more or less don’t want to be there. The player’s age definitely does has something to do with when they “should” start with a pitching coach in Santa Monica or a hitting coach in Santa Monica, but it has much more to do with how much they love the game.

Now, I don’t advocate trying to have your five year old son start throwing bullets everyday and get on a three lesson a week throwing program with a crossfit training session mixed in, but I do believe that if your five year old champion Johnny won’t stop bugging you about going outside and practicing throwing that you can ask him how he would feel if you got him a coach. If he says, “No daddy, I just want to throw with you!” Then you know what?! Go throw with him and don’t get him a coach because he just wants YOU. On the other hand, if he is five years old and already thinks he knows how to throw a curveball because he has ice in his veins and loves watching Clayton Kershaw’s deuce piece make hitters look silly, and he wants to learn how to throw it even better but knows that you don’t know anything because you are just his dad…then maybe its time to see if he wants to get a private pitching coach. And that’s pretty awesome because you know he has already began to take ownership of his game and his love for the game. You are not doing it for him.

That’s where myself and MADE Baseball steps in to help. We are here to help your young player cultivate a love for the game and an understanding of what it means to work towards improving yourself in a smart, healthy, and effective way, even if that means having fun and planting positive seeds for your little champion. That is what I call it when I’m working with the really young players that I love the challenge of working with – “Planting Positive Seeds.” There is a lot of value to having a set of strategies when it comes to working with the youngest players. There is also a ton of challenge, frustration, and impatience, but most of all there is reward when you see the player begin to understand things and feel like they have conquered the world.

I’m not saying starting them young is always the best thing to do, and I will not continue working with a player if I know he does not want to be there. When a player works with me and the MADE way, they begin to understand that our minds are the engine and baseball is just a steering wheel that helps to guide us. With consistency of training, they begin to cultivate championship habits and routines, and they begin to find the champion inside of themselves. This is why I love doing what I do. I don’t always love working with young players because lets face it, sometimes young guys get signed up for too much stuff, especially in the city of Angels. But, when they sign up with me and learn about MADE, I work to help plant the positive seeds and help them understand the introduction to self-reliance and accountability through a game that helped guide me to finding the champion inside myself. And that my friends, is what #GettinMADE it is all about.

Welcome to MADE Baseball! I'm Coach Isaac and I was a professional left handed starting pitcher for seven seasons. I was fortunate to play in five countries, on 11 teams, and win four championships. This was all after receiving a total hip replacement at the age of 19. It was an amazing journey, and then I created MADE Baseball. I love coaching youth and teaching them what it means to Get MADE. 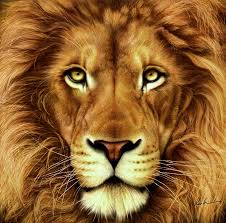